Nexus and other stories – Review 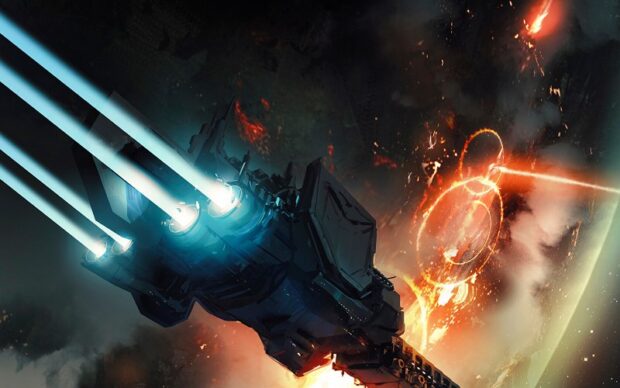 I am not a new grunt in the vast armies of Warhammer 40K so when I see the label “Great First Read” I’m wary of going in without my helmet of doubt. But I’ve learned to expect the best from Warhammer’s anthologies, so I quickly delve into Nexus and other stories.

I’ll start with the conclusion. The anthology Nexus and other stories is a mixed bag, with more than half of the stories being lackluster and not very good at representing the Warhammer Universe (in my opinion). On the other hand, they are excellent at preparing the newcomer for the varied literature of Warhammer. From brilliant gems (like Eisenhorn stories) to run-of-the-mill battle campaign novelization (like Nexus); from stories that advance the world to stories that act as a presentation of new merchandise. You have everything here.

Different people like different things. As a non-player of Warhammer, I prefer the intricate plots and interesting characters over the simple battle campaigns or new merchandise presentation as a novel/short story. If you’re a fan and a player of the wargame, your tastes may differ.

Therefore, the winner stories in this volume are the following (in my not so humble opinion). One mention. It’s been a few months since I’ve read these stories, so I mostly forgot their content – especially for the not-so-impressive stories. I’ve marked which one I liked best and my feeling towards them remained in my mind. The following mini-reviews are mostly based on feelings.

One of the amazing stories in this anthology and yet surprisingly, it doesn’t resemble anything Warhammer. But it is indeed very grim. Action-filled and balanced by character development, this short story focuses on an imperial pilot who needs to make some very hard decisions and deal with the consequences of her actions. I’m looking forward to anything Peter McLean might write.

A slower story, it deals with a veteran Space Wolf on his personal hunt. It was better than most mindless action stories in this book, but it was still not surprising in its execution.

A fantastic story focusing on the Blood Angel High Chaplain Astorath and its tough duty. I find that almost anything Guy Haley writes is good, with more focus on the characters than the battles – and this is what I love to see more in Warhammer literature.

Missing in Action by Dan Abnett

Not much to say here. It’s Dan Abnett, so it resembles nothing else in this anthology. But I’ve read it before, so I skipped it. It’s a short story from the life of Eisenhorn. It’s better to read it in the Eisenhorn omnibus after you have a better understanding of the character.

The Darkling Hours by Rachel Harrison

One of the better stories, it deals with a mission in the life of commissar Severina Raine. I see a hint of romance here, which was surprising, and I’d love to read more about the character, even though this story was a standard Imperial Guard mission.

To speak as one by Guy Haley

Amazing, amazing story with some comic relief and tragic moments that come up exactly at the right time. If I had to summarize this story, I’d say it’s an infiltration and extraction story with several twists.

Orks doing normal ork stuff, but Mike Brooks knows how to capture the ork mindset and language. What can I say? This is a very immersive read. And truly original, if not in the story, then in the characters.

War in the museum by Robert Rath

I didn’t really understand this one, there were so many references to important characters and events in the Warhammer Universe that I would not recommend it to beginners. But then we have an incursion into the Necron mind in their fight with Tyranids. And understanding powerful aliens’ motivations always makes for a good story. Unfortunately, there are too many battle scenes.

Light of the Crystal Sun by Josh Reynolds

Somewhere in the middle lies Light of the Crystal Sun by Josh Reynolds, which is not bad per se, but it just feels like a fragment from a full novel. There is no clear beginning and no clear ending. Just a day in the life of a villain with a grander plan. I’ve still yet to read any Fabius Bile novel and this short story doesn’t really sell me on the character, although I can see the potential of a full-fledged novel.

Nexus and the rest of the stories

The rest of the stories, including the titular Nexus, didn’t impress, mostly because they go from one battle to the next, describing in excruciating detail every step the characters make but never going too much into who they are as characters.

Ultramarines vs Necrons. Standard fighting, then discovering enemy weakness, followed by more fighting. It’s also a novella, so much longer than a short story.

Started interested as we follow a special squad of talented space marines, but it quickly became a mix of combat, shooting, and slashing.

The Crystal Cathedral by Danie Ware

Some Battle Sisters praying and then fighting and then praying again. It hints at a mystery but there is none, actually.

Redemption on Dal’ynth by Phil Kelly

Exploring tau culture should prove interesting, but there is too much useless dialogue in the first half and too much battle in the second part. Worse, the focus is not on the main characters, so it feels like wasted potential.

Interesting idea to focus on a hate-love relationship between Aeldari mercenaries, but bad execution for my taste. Too much fighting over telling the actual story that I find myself skipping most of the paragraphs.

Duty unto Death by Marc Collins

This battle scene doesn’t even feel like a story, but a presentation of Adeptus Custodes fighting skills and abilities against overwhelming odds. Literally, at some point, I felt the player threw the dice and scored a critical hit.

Nexus and other stories – Conclusion

All in all, an interesting reading that players of the Warhammer tabletop game would better appreciate it. I’m not saying any stories are badly written, but half of them are dedicated to a different type of reader than I am.

I’m still fascinated that Warhammer Universe caters to so many varied tastes, but I’m frustrated I need to fight through so much fluff to reach what I consider character-driven literature in an epic grimdark universe.