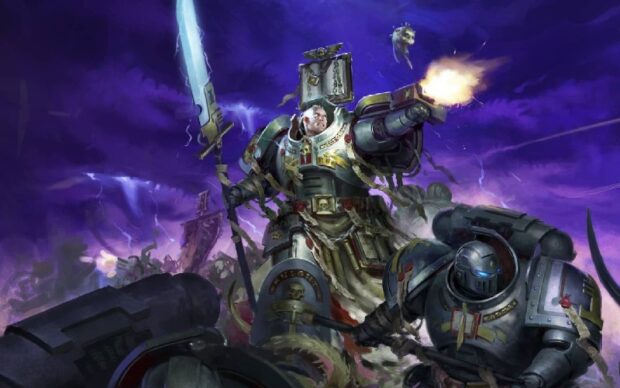 When the worst comes true and you realize that the first book in the trilogy is not worth it, but you already bought the Grey Knights Omnibus (the full trilogy), what do you do? I threw the book away, then picked it up and put it on the shelf. Next thing you know, I was trying to sell it. Somehow the sale didn’t go through and, some months later, I tried reading it again.

And surprise, surprise. It’s a pretty good book. I even got teary at one point. And for a novel in the Warhammer 40K franchise, that is indeed high praise. Though I hate to say it, this is a case when the prologue is so bad it almost deters you from reading a series.

Information of The Grey Knights Omnibus

The Grey Knights Omnibus contains three novels written by Ben Counter, one of the oldest authors of the Black Library. The omnibus was released for the first time in 2009. As the name says, the novels focus on the Grey Knights Chapter of the Space Marines. What makes them special is that they are a secretive Chapter working together with the Inquisition to defeat the Chaos daemons wherever they appear. Also, Chaos never managed to corrupt any of them, and that’s a big deal.